We are thrilled to announce that Bestselling Author and Psychology Researcher Neil Pasricha has joined BRAND MINDS 2020!

Read on to find out more about Neil. 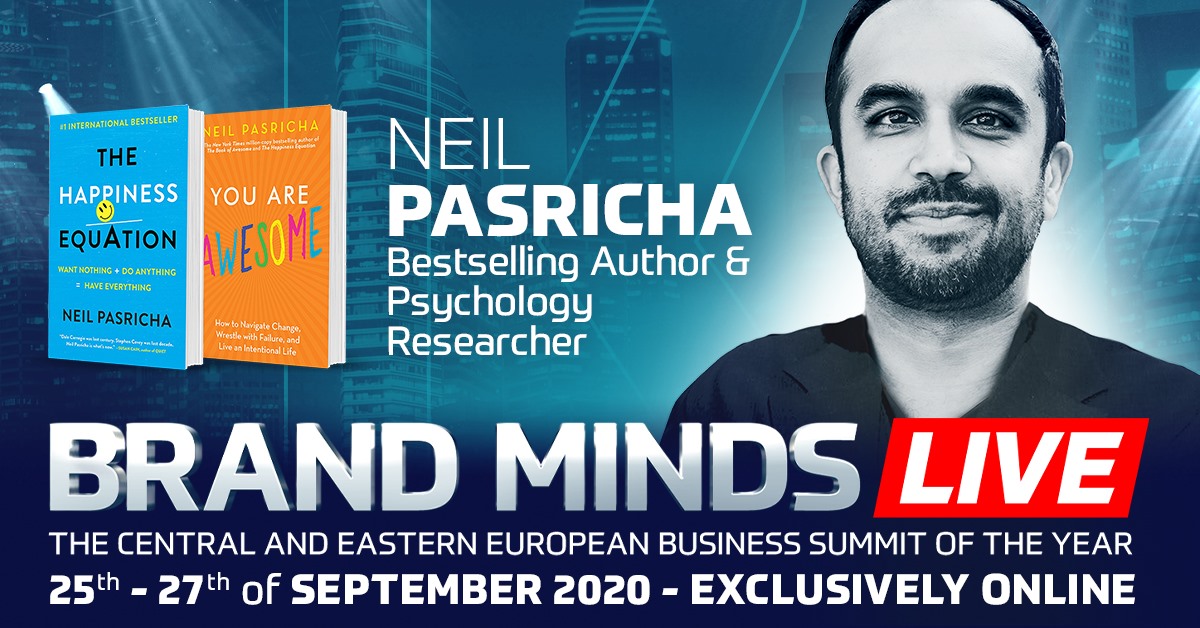 In 2010 Neil delivered a heartfelt and personal TED Talk called The 3 As of Awesome.

In his talk, he reveals the three secrets (all starting with A) to leading a life that’s truly awesome. To date, the video has over 3 million views and has been included in the Top 10 Most Inspirational TED Talks of all time.

Before his bestselling books, Neil published his award-winning blog 1000awesomethings.com.

He launched his blog in 2008 as a way to cope with his divorce and his friend’s suicide. Between 2008 and 2012, he wrote one awesome article every single weekday for 1000 straight weekdays: from getting grass stains to rain hair to the feeling of scrunching sand in your feet. It’s every little thing that makes us all feel good. Plus Neil ends every blog with an all-caps AWESOME! which you can’t pronounce without a big smile and throwing both hands in the air enthusiastically.

His blog went viral and scored over 100.000.000 visits. It won the Webby award for Best Blog in the World two years in a row and is the main source of content for The Book of Awesome. Currently, 100.000 people get Neil’s newsletters which come directly from him and are 100% ad, sponsor, and commercial-free.

Neil improved the leadership skills of Walmart leaders for 10 years

With 2.2 million employees, Walmart is the largest private employer in the world and the biggest retailer in the world with a turnover of over 442 billion euros in 2019.

A Harvard MBA, Neil has run the leadership development department for ten years. In his capacity as Director of Leadership, he worked directly with two Walmart CEOs. He was responsible for CEO onboarding, executive development, and talent management across all levels of the organization.

Neil also worked with Harvard Business School to develop Walmart’s first-ever Global Executive Program whose goal was to invest, groom, and motivate great leaders from within all the way to the C-suite.

Founder of The Institute for Global Happiness

In 2016, Neil launched The Institute for Global Happiness, a guide for businesses looking to increase happiness inside their organizations.

Reports have found that despite massive increases in our wealth, safety, technology, freedom, access to information, our happiness levels have stayed the same for the past fifty years. We are still looking for happiness, but we don’t know how to get it.

The institute provides keynote speaking, books and resources developed for the average person to drive long term happiness. It targets organizations because that’s where we spend most of our time and that’s where we are the most unhappy. 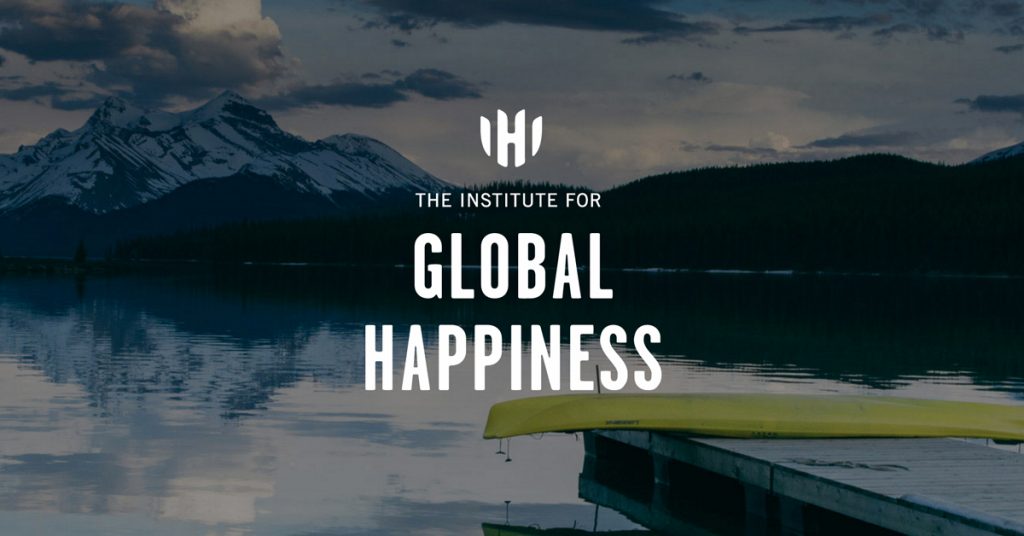 The host of the awarded podcast 3 Books with Neil Pasricha

Neil hosts an Apple “Best of”/iTunes Top 100 podcast called 3 Books with Neil Pasricha. The podcast is Neil’s epic 15-year-long quest to uncover the 1000 most formative books in the world. He was in his thirties when he started the podcast, he’ll be in his fifties when it’s done. 3 Books is the world’s only podcast by and for book lovers – “a complete labour of love”. 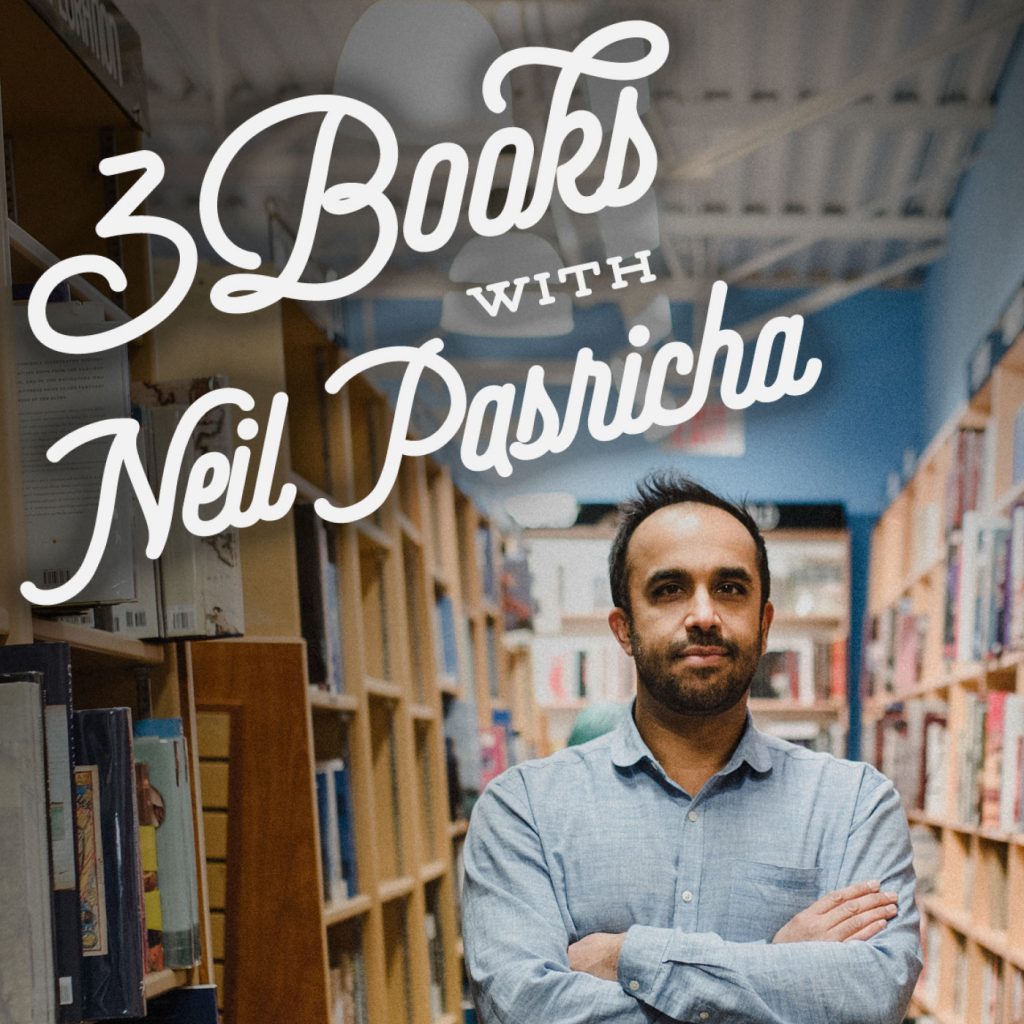 The Book of Awesome – Snow days, bakery air, finding money in your pocket and other simple, brilliant things (2010)

Neil’s first book, The Book of Awesome has received widespread acclaim from both critics and the public. The book is a compilation of the small joys of life that Neil puts together in a sweet, funny and nostalgic voice.

In our constant pursuit of big life-defining moments, we so often forget about the little things that give us pleasure and make us feel better if only for a moment. From popping bubble wrap to sleeping in new bedsheets, Neil reminds us that life is worth living. 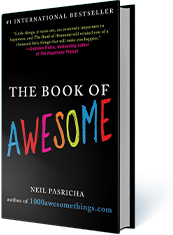 The Happiness Equation – Want nothing + Do anything = Have everything (2016)

The Happiness Equation is the result of an unrelenting search, over more than a decade, to hack human happiness. It contains the collective wisdom of hundreds of psychologists, dozens of Fortune 500 CEOs, and thousands of personal interviews.

What is the simplest formula for a happy life? asks Neil. His book offers the answer in the form of nine secrets that Neil shares with his readers.

When Neil Pasricha talks, leaders of all levels and backgrounds stop what they’re doing… and listen.

Here are a few principles that will change your life if followed: 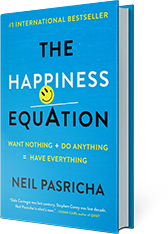 You Are Awesome – How to navigate change, wrestle with failure and live an intentional life (2019)

A brilliant book, generous, heartfelt and true. Neil is going to help you change your life.

In our time and age, life should be better than ever. And yet it isn’t. We are overwhelmed with seemingly endless choices, the on-demand 24-hour delivery economy provides us with instant gratification and personal worth is measured through others. Anxiety and depression rates are increasing. In our frantic pursuit of perfection, we lost our way and ourselves and nobody taught us how to deal with failure.

Neil’s book provides readers with story-based and science-backed models on how to become resilient, powerful and in the end, awesome. 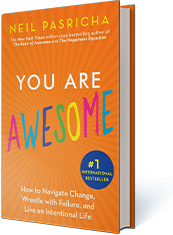 His books have been #1 on the New York Times and international bestseller lists for over 200 weeks and sold millions of copies.

Neil’s work has been featured in hundreds of outlets including CNN, BBC, The Today Show, The Early Show, The Oprah Winfrey Network, Harvard Business Review, Fast Company, Fortune, and Forbes.

As a positive psychology researcher and intentional living speaker, Neil has spoken to hundreds of thousands of people around the world including Fortune 100 companies, Ivy League schools, and Royal Families in the Middle East.

Join the BRAND MINDS 2020 – The Growth Weekend on September 26th and watch Neil Pasricha speak about Leading yourself first before you lead others!

Emojis are the perfect tool to collect customer feedback

The rise of prosumers is the latest challenge for marketers