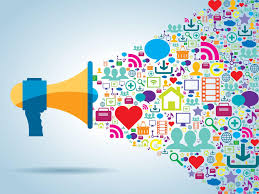 What makes a video viral?

Creating a successful viral campaign is every marketer’s dream nowadays and many agencies aspire to the idea of creating a video that will have a huge impact on the target and will get shared fast and, therefore, create a big buzz around it. But what is a viral video and how hard is to reach that goal? According to the definition on techopedia, a viral video is any clip of animation or film that is spread rapidly through online sharing. Viral videos can receive millions of views as they are shared on social media sites, reposted to blogs, sent in emails and so on. Most viral videos contain humor and fall into three broad categories:

When it comes to the formula of creating a viral, it hasn’t been determined or shared yet, leaving us thinking that some of the success it has to do with luck and that most things actually go viral by accident. Very few people have mastered the art of creating viral content on purpose. What is for sure known is that it has to appeal to the target’s emotions, no matter their type (happiness, sadness, anger, joy, love, etc).

“Viral videos are the talk of the town—garnering coverage on popular blogs, rising to the top of sites like Reddit, being Tweeted and posted to Facebook, and even covered on the evening news,” wrote Megan O’Neill for AdWeek.

“There’s no specific number of shares, likes, retweets, reblogs, or whatever another measure of interaction needed to be reached in order for it to claim “viral” status.  On YouTube, lots of videos get tens of thousands of views now shortly after being uploaded, but many people wouldn’t say that’s enough to consider it viral. Back in the day, however, when YouTube was much smaller and there weren’t as many users uploading videos, tens of thousands of views may have counted as <<going viral>>,” said Elise Moreau for Lifewire.

Moreover, advanced technology and platform design have made it way too easy to share things with our friends and followers, making the perfect environment for a ripple effect to occur on all levels of social media with the perfect piece of shareable content. All it takes is a few shares and the right audience to trigger an avalanche of sharing across the internet. It’s not easy to start a viral movement, but when it does happen, it can take the most regular people and turn them into  internet celebrities practically overnight if it’s powerful enough.

According to Jonah Berger, marketing professor at the Wharton School at the University of Pennsylvania and author of “Contagious: Why Things Catch On”, quoted by entrepreneur.com, visceral response is what separates viral breakouts from busts. Berger has spent years investigating the mechanics behind virality, identifying six key drivers under the acronym STEPPS. They are Social Currency (e.g., sharing things that make people look good), Triggers (acknowledging that we talk about things that are top-of-mind), Emotion, Public (imitating what we see others do), Practical Value (news people can use) and Stories (information passed along under the guise of idle chitchat). “Each [driver] is a research-tested principle that increases the likelihood that people will talk about and share things, that brands get word-of-mouth, that services get shared and that videos get passed along the internet,” Berger explains. “We can reliably say that including certain characteristics and messages will increase the number of people who share [content] and the likelihood it will be shared.”

Leverage these 11 keywords & topics before they take off

Follow these 10 essential copywriting rules to influence your audience

We use cookies on our website to give you the most relevant experience by remembering your preferences and repeat visits. By clicking “Accept”, you consent to the use of ALL the cookies. However you may visit Cookie Settings to provide a controlled consent.
Cookie settingsACCEPT
Manage consent