The story behind the brand:
Tesla

Tesla is the fastest growing brand in the world by brand value growth rate. This is the brand’s story.

Who founded Tesla? Not Elon Musk

Elon Musk is Tesla’s CEO, but, contrary to popular belief, he isn’t the founder of Tesla.

Tesla was founded in 2003 by two engineers passionate about electric cars and green energy: Martin Eberhard and Marc Tarpenning.

Martin and Marc met in the 1980s and in 1987 they founded NuvoMedia. In 1998, they created the first ever ebook reader called the Rocket eBook. The ebook reader was innovative in its improved battery size. The main investor behind Martin’s and Marc’s product was bookseller Barnes & Noble which sold 20,000 units in its bookstores.

The duo’s work on improving the ebook reader’s battery size allowed them to take it one step further and move on to something bigger: the electric car.

In the early 2000s, Martin was looking to buy a sports car. Concerned with global warming and climate change, he didn’t want to buy a standard gasoline-powered car so he turned to electric cars.

To his surprise, the electric vehicle market was almost non-existent. The EV1 cars produced by General Motors had been pulled off the market and destroyed as a result of oil industry lobbying.

So Martin and Marc began thinking about producing an electric car and the technology that would power it. They had no experience in the automotive industry, but they had previous experience with the technology behind ebooks.

The ebooks were powered by lithium-ion batteries so they decided to build a car that was powered by this type of battery. The electric cars of the era were powered by batteries that were not environmentally friendly. The battery on EV1 was a nickel-metal hydride battery (NiMH). In comparison with lithium-ion batteries, the NiMH batteries were bad for the environment due to the relatively large amount of toxic chemical elements which are present as constituents of this type of battery.

Once they had the technical details ready, they began looking for investors.

Martin and Marc pitched their electric car project to angels and VCs in the Silicon Valley.

As they recount in a 2019 interview for CNBC, the tech guys would totally get the idea behind their electric car project but the business-focused would turn it down because they believed it couldn’t compete in the automotive market.

Long story short, they received a lot of negative answers. Until Elon Musk who said yes. 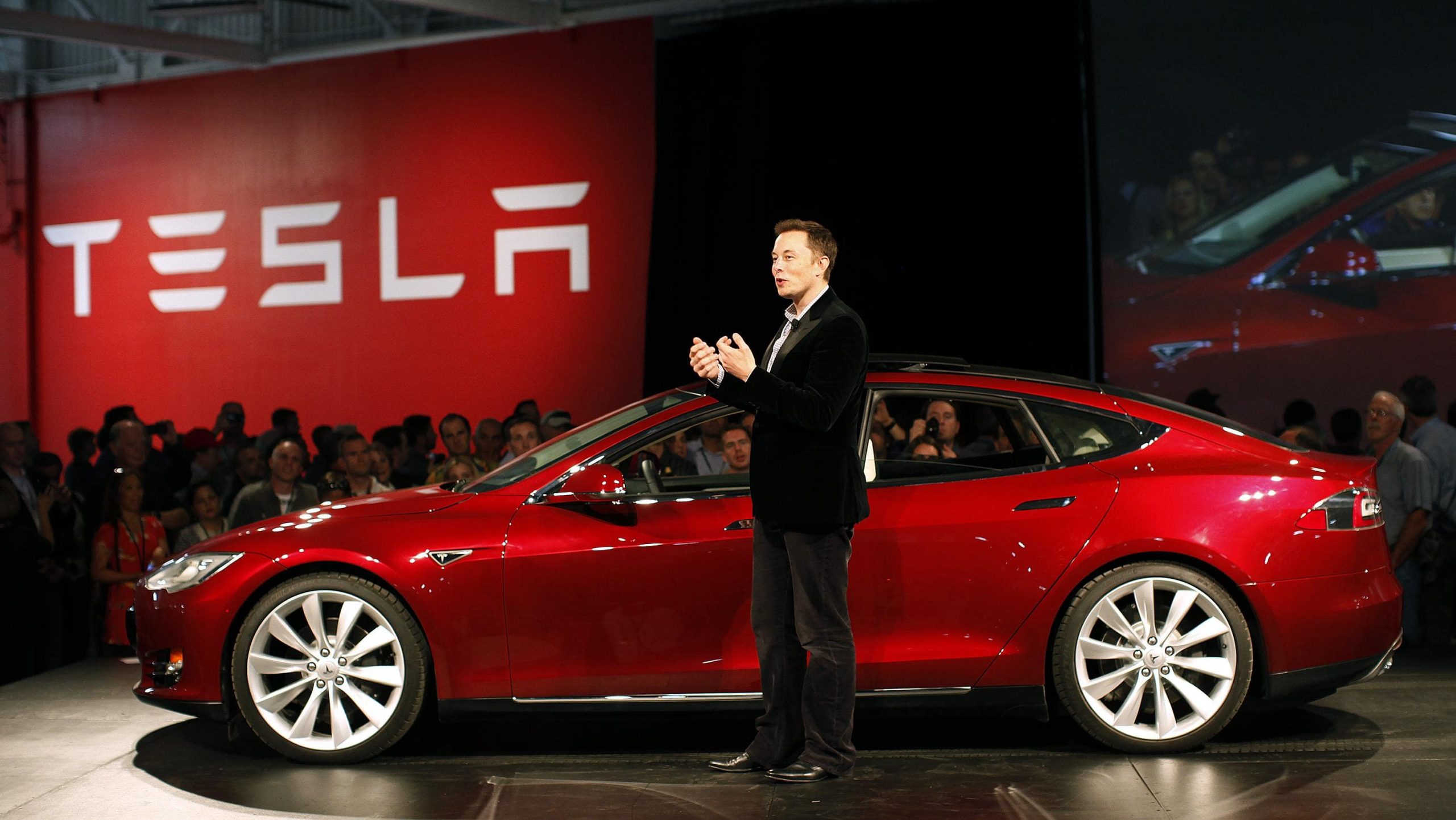 At the time, Elon had just launched his spacefaring company, SpaceX. Compared to Elon’s project of making rocket ships capable of taking humans to Mars, their project of making an affordable electric sports car was a piece of cake.

So Elon became Tesla’s first investor. In 2004, he contributed US$6.5 million of the initial (Series A) US$7.5 million round of investment and became chairman of the board of directors.

Now Tesla had the necessary funds to turn the electric car project into reality.

Creating the Tesla battery from scratch

What challenges did Martin and Marc have to overcome while building the Tesla battery?

Everything! They were inventing the battery from scratch.

They used the knowledge they had acquired from the Rocket eBook to scale the lithium-ion battery to the size of a car battery.

There was a wide range of problems that they had to solve from mechanical issues to security issues. At that time, many laptop batteries were catching fire or exploding. So they had to find a way to solve the lithium-ion battery safety issue.

Their team of engineers came up with a series of inventions like the wire bonding, the cooling tube, the insulation and so on.

There were a lot of trial and error. Nobody had ever considered taking 7000 battery cells and putting them together into a battery pack.

They were making history. All of the battery car management systems used today are based on their work.

The car was innovative and sparked the interest of the enthusiasts as well as public figures such as Governor Schwarzenegger.

The first hundred set of fully equipped Roadsters sold out in less than three weeks. The second hundred sold out by October 2007 and general production began on March 17, 2008.

The first Tesla Roadster was delivered to Tesla chairman Elon Musk. The company had produced 1,000 cars by January 2010 at an average price of $100,000.

The Roadster’s battery-to-wheel motor efficiency was reported as 88% on average. For comparison, internal combustion engines have a tank-to-wheel efficiency of about 15%. 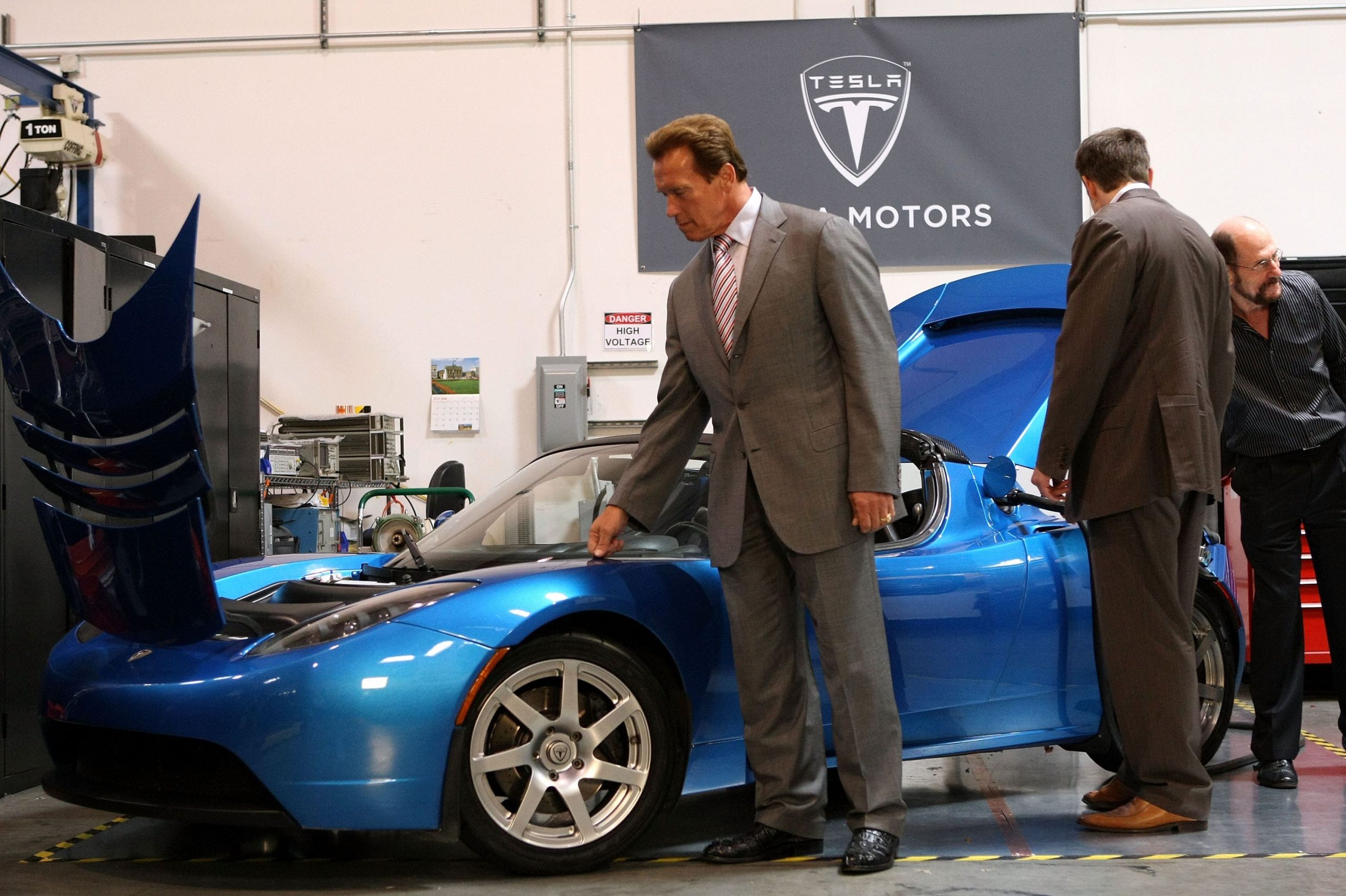 Since its launch in 2003, Tesla went through many changes, from founders Martin and Marc leaving the company in 2007 and 2008 respectively, to becoming the leader of the global electric vehicles industry under Elon Musk’s leadership.

With Model 3, an affordable electric car created for the mass market, currently the best-selling EV in the world, the company achieved Martin’s and Marc’s dream of building cool electric cars for everyone.

Martin Eberhard, co-founder of Tesla, in an interview with CNBC

Do you want to decrease training and recruitment costs?

Michelle Obama – ‘When they go low, we go high’