The story behind the brand: Louis Vuitton

Louis Vuitton – the leader of the global luxury goods industry

With a brand value of over $51 million in 2020, Louis Vuitton is the most valuable luxury brand in the world.

The company operates in 50 countries, has a retail network of 5003 stores worldwide and earned 44,7 billion euros in revenue for 2020.

One of its latest flagship stores was inaugurated in February last year, in Japan. The Louis Vuitton Maison Osaka Midosuji is a stunningly designed store which hosts Café V, the first-ever Louis Vuitton café, as well as its first restaurant, Sugalabo V, offering cuisine with Franco-Japanese influences.

Business in Asia is booming for Louis Vuitton and other luxury brands. Countries such as Japan, China, India and Singapore have welcomed Louis Vuitton.

The brand opened its first store in Japan in 1918 and up until the early 2000s, the Country of the Rising Sun accounted for more than half of its sales.

Surveys show that 92% of Japanese women own a Louis Vuitton handbag.

China is another success story for the brand. The French leader entered the Chinese market in 1992 and has seen a steady rise in its sales there. How else to show success and status than to flaunt an elegant Louis Vuitton bag on your arm?

Last year, sales in mainland China rose by more than 50% and in August, the brand reported record sales of US$ 22 million at its largest store in Shanghai.

Louis Vuitton was born to a working-class family in eastern France. When he was 16 he left his family and came to Paris in search of a better life.

Louis arrived in a thriving city in the midst of industrialization. Trains were becoming the preferred means of transportation for people. And with frequent travellers came the need for more durable travel pieces which could both protect travellers’ belongings and withstand longer journeys.

Under the guidance of the trunk-master, Louis became a valued craftsman and seventeen years later, he opened his own shop in Paris – he was 33.

He soon introduced his first innovation. At the time, trunks had rounded tops to allow for water to run off. The downturn – stowage was inconvenient. He introduced the flat-top trunk which was easily stacked. He also made the trunks waterproof by using leather.

When Louis passed away at 70, his son, Georges took his place at the helm of the company.

His father established the company, but Georges developed it into a global brand.

The travel trunks made by the Vuitton company were sturdy and luxurious looking which attracted burglars. With the goal to protect the traveller’s belongings from burglars, Georges designed a new lock for the brand’s trunks.

After years of development, the locking system, which is still used today, proved revolutionary, making the Vuitton trunks impossible to be picked by burglars.

In 1896, to honour his father’s legacy, Georges introduced the first LV monogram. The monogram was patterned with LVs, quatrefoils, and flowers. 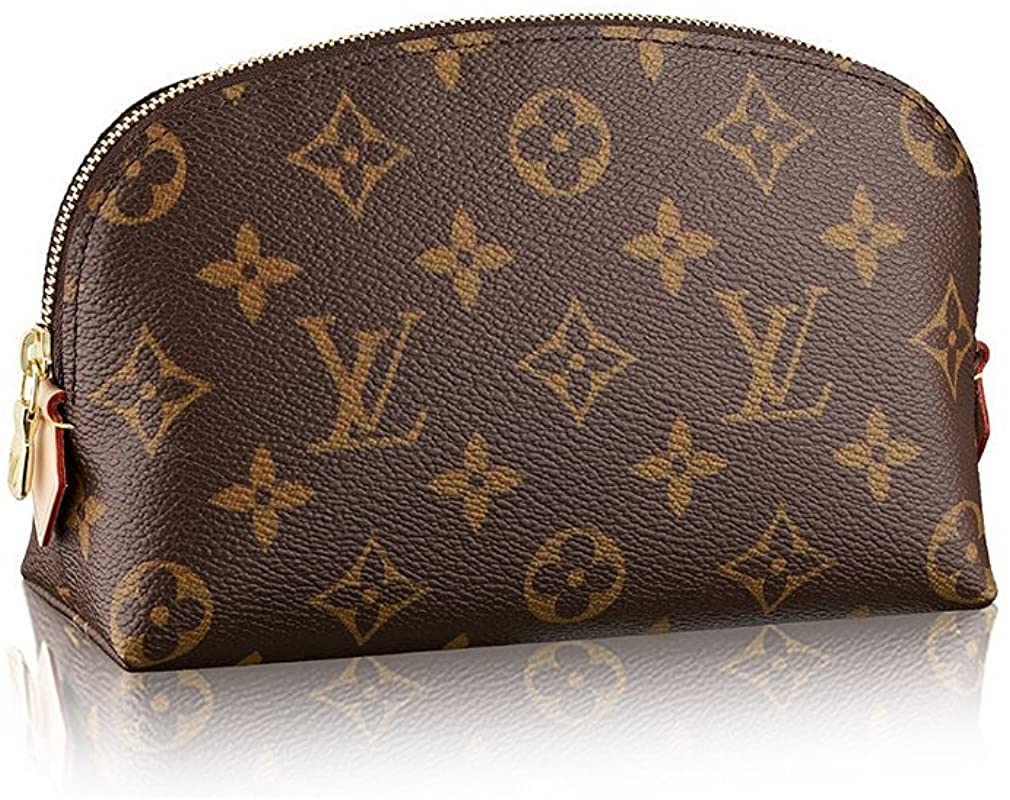 Under Georges’ leadership, the brand became highly successful nurturing an elite clientele among royalty, celebrities and the rich.

From Louis Vuitton, the company to LVMH, the luxury brand powerhouse

The LVMH conglomerate came to be in 1987 when Louis Vuitton merged with champagne and cognac producer Moët Hennessy.

In the following years, LVMH acquired over 70 brands becoming the world’s largest and most valuable luxury goods conglomerate.

Here are some of the most famous luxury brands that LVMH has acquired so far:

Discounted prices are not part of the brand’s strategy. The products are sold exclusively in Louis Vuitton stores and through Louis Vuitton official website.

If you come across a Louis Vuitton bag on eBay, it’s most certainly a fake.

According to the latest estimations, Louis Vuitton is the most counterfeited brand in the world. 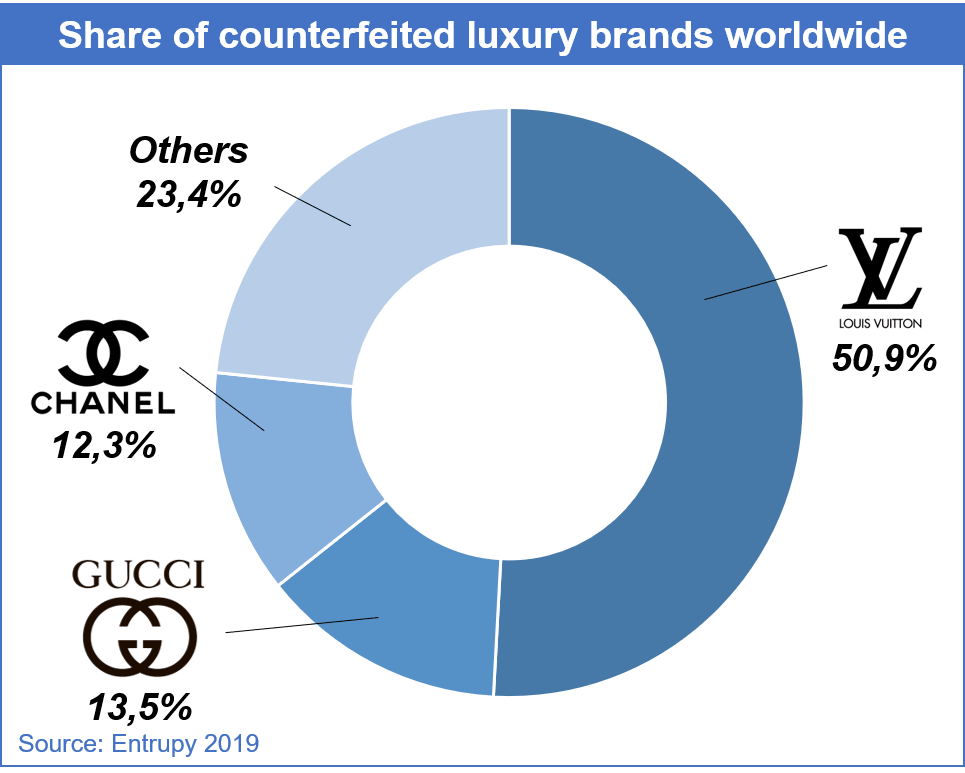 In 2020, one of the most expensive Louis Vuitton bag sold by Sotheby’s was the Louis Vuitton Matte Black Supreme Edition, in excellent condition. Its value was estimated between $6000-$10,000 and sold for $7500.

The most expensive Louis Vuitton lot sold by Sotheby’s last year was a Louis Vuitton trunk designed by famous Japanese designer Yayoi Kusama, aka ‘the princess of polka dots’. The trunk was estimated between 80,000 – 120,000 EUR and sold for 239,400 EUR, almost twice the highest estimate.

The most expensive Louis Vuitton bag ever to be sold in a store is the special edition Pumpkin Minaudiere by the same Yayoi Kusama. The pumpkin-shaped clutch is embellished with Kusama’s trademark dots and was priced at $133,430. 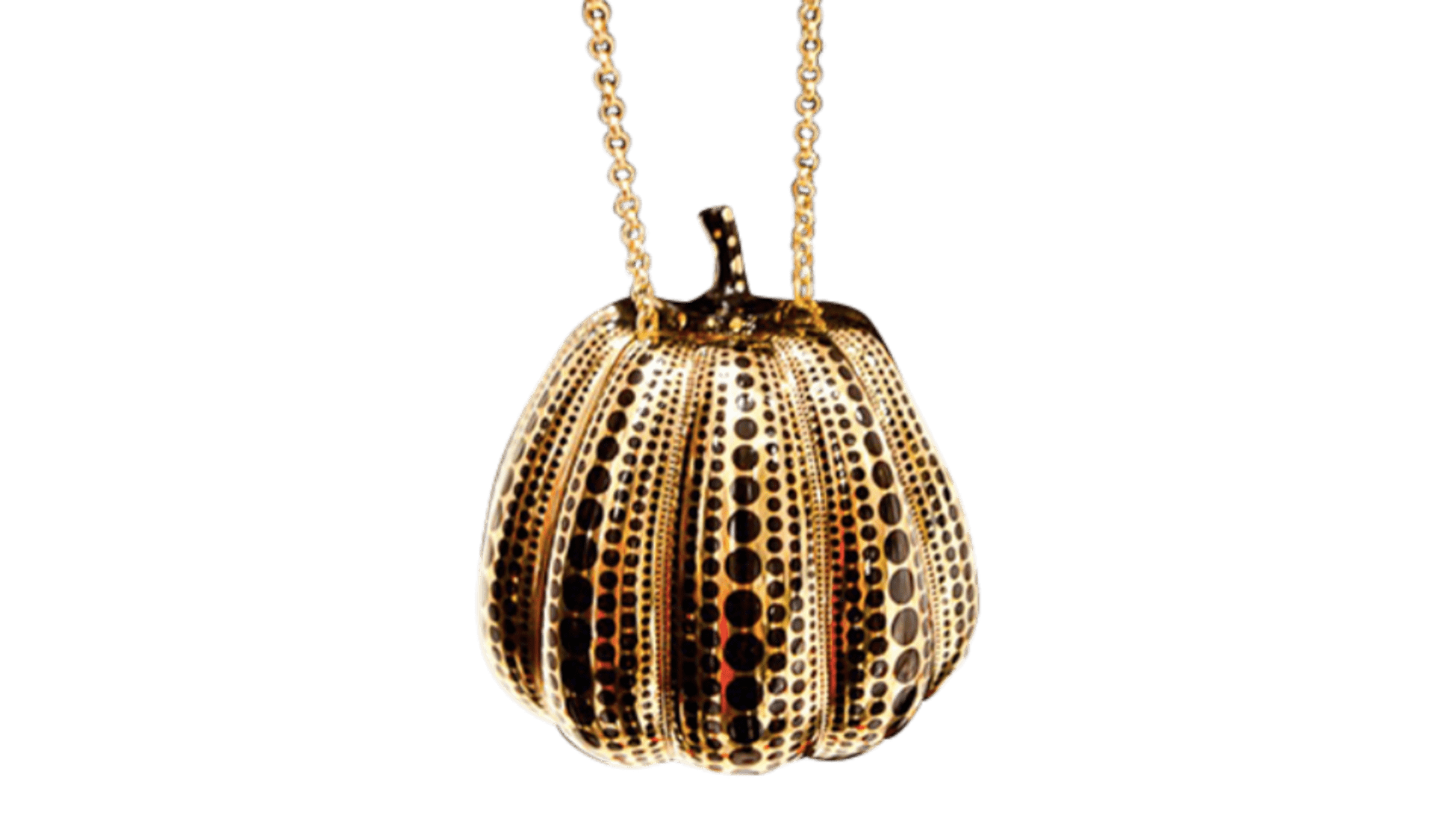 The handmade quality of products is one of the founding principles of the Louis Vuitton brand. It began 167 years ago and it continues today. The items are made in the company’s factories located in France by skilled workers who sometimes receive an 18-month to 2-year training.

In regards to authenticity, the brand states as follows:

Authentic Louis Vuitton bags are handmade from experienced craftsmen who take pride in producing impeccable products from only the finest and highest quality materials.

The brand is synonymous with luxury, exclusivity and high-quality which create high demand in the market for its products. That’s the reason why there are so many fakes.

How to spot a fake Louis Vuitton bag?

Here are 6 key features that you should look closely at as explained by an appraiser:

Stitching. Every stitch on a Louis Vuitton bag is symmetric, perfectly aligned, with no space in between two stitches and no overlapping stitches.

Heat stamp. The heat stamp has a specific font with big round O’s, it is crisp and every letter is clear.

Leather. The Louis Vuitton bags are made of the finest leather that ages very well.

Pattern symmetry. Louis Vuitton uses a single piece of canvas, but if they need to make the bag from two pieces, they will always make sure the pieces align perfectly and the pattern match.

Production code. Every bag has a production code inside, sometimes embossed on the leather or on the suede material.

Brass details. All brass details on a Louis Vuitton bag are marked with LV.

LVMH CEO and billionaire Bernard Arnault once said when asked about the future of Louis Vuitton,

In our business, the most important word is desire, so we want to continue creating desire.

This is the goal of Louis Vuitton: to design a brand strategy centred around creating desire.

How does Louis Vuitton create desire?

The 167-year old brand creates desire through a combination of tradition and creative innovation.

It all begins with building a real culture of creativity. Louis Vuitton’s top management is always looking to bring new designers with fresh ideas and a unique vision.

They also work with design schools and hire trainees and young designers. In 2014, the brand launched the LVMH Fashion Prize which aims to support young fashion designers. The winner receives a 300,000 euro grant and personalized assistance in the development of his or her company. LVMH also rewards three young fashion design graduates, offering them the chance to spend a year with the creative team at one of the Group’s Houses.

Another source of creativity and innovation is design collaboration. Over the years, Louis Vuitton has collaborated with many talented designers among which the most remarkable were Japanese contemporary artist Takashi Murakami, the American skateboarding lifestyle brand Supreme, ‘the princess of polka dots’ Yayoi Kusama, punk couture pioneer designer Stephen Sprouse and Virgil Abloh, the so-called ‘millennial Karl Lagerfeld’.

5 reasons for the failure of Thomas Cook, the world’s first travel agency