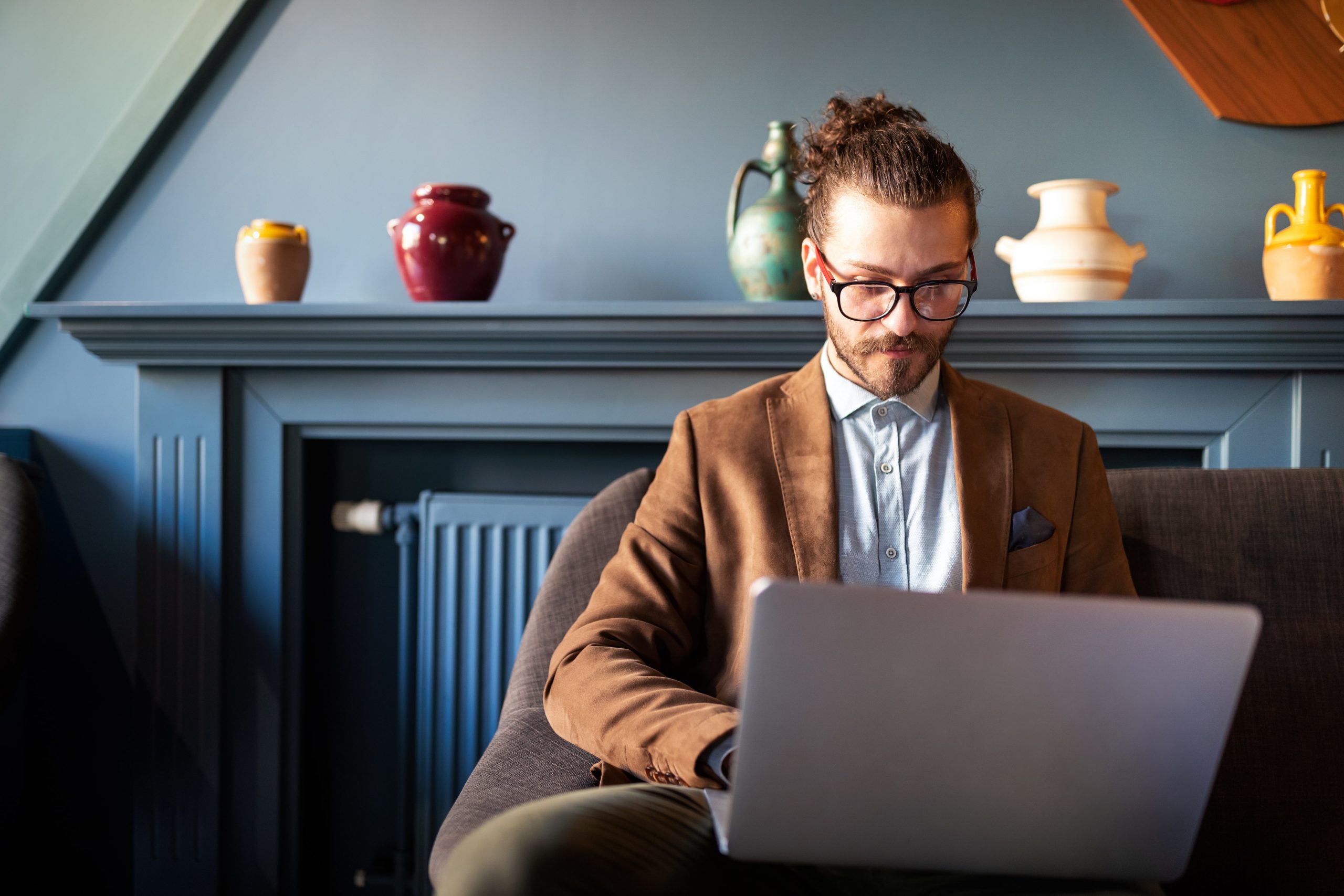 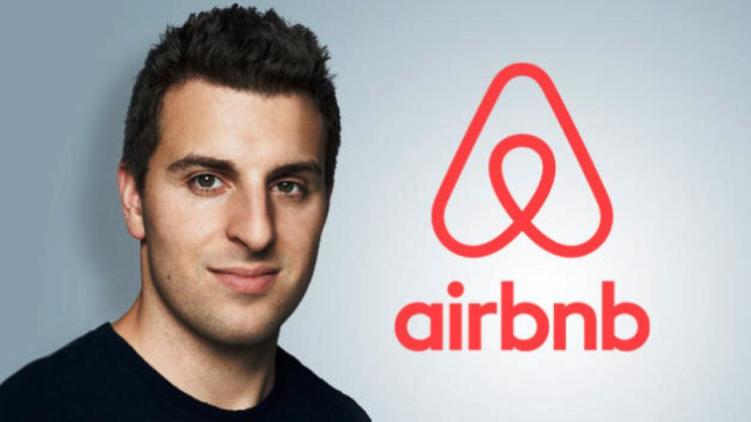 Brian Chesky (38) is the co-founder and CEO of Airbnb, the vacation rental online marketplace which disrupted the hospitality industry.

Brian launched Airbnb in 2008 after he and his co-founders rented out an air mattress in their living room, effectively turning their apartment into a bed and breakfast, to offset the high cost of rent in San Francisco. Airbnb is a shortened version of its original name, AirBedandBreakfast.com.

The company’s mission is to connect people to unique travel experiences and create a world where anyone can belong anywhere.

Airbnb offers over 7 million accommodations and 50,000 handcrafted activities, all powered by local hosts. The platform helps them monetize their spaces while keeping the financial benefits of tourism in their own communities.

The company brands itself as an economic empowerment engine promoting people-to-people connection, community and trust around the world.

There are 2.9 million hosts in 200 countries worldwide. The company charges a 3% service fee for hosts and provides a $1 million protection for property damage.

With the travel and hospitality industry affected globally by the coronavirus pandemic, the company was forced to take drastic measures to adapt to new circumstances.

In a letter sent to Airbnb employees in May, Brian announced that he had to reduce the size of the Airbnb workforce.

Brian also mentioned that in order to survive, the company will need to evolve accordingly and reduce the investments in activities that do not directly support the core of its host community.

“We don’t know exactly when travel will return and when travel does return, it will look different”, says Brian. 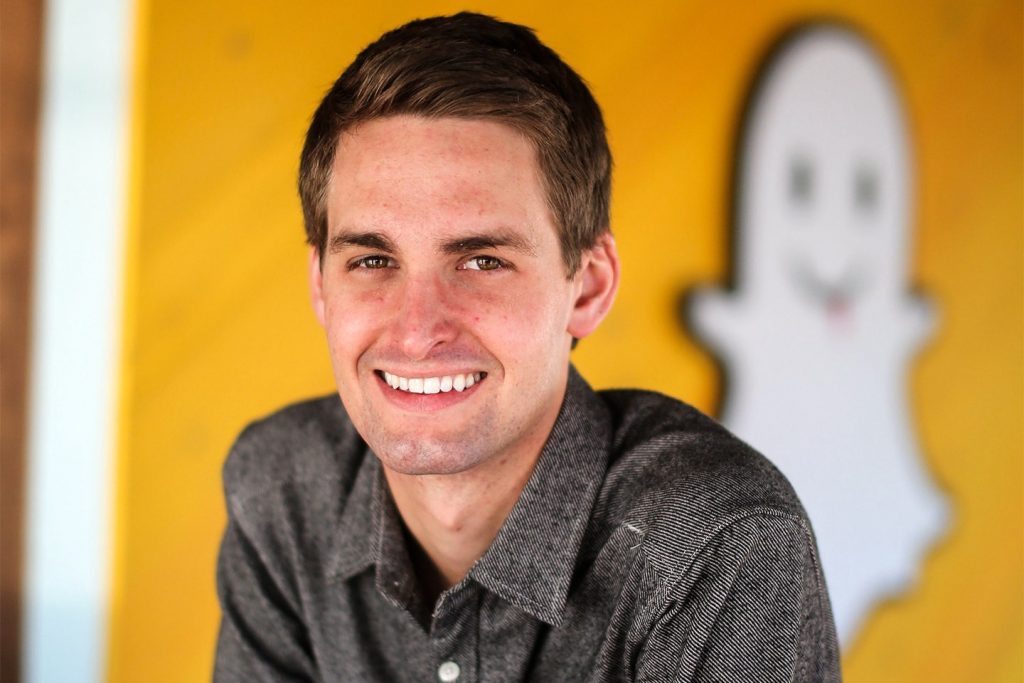 Evan Spiegel (30) is the co-founder and CEO of Snapchat. He launched the famous app while still a student at Stanford University. Although his idea of an app with ephemeral messaging was ridiculed by his classmates, the undeterred Evan launched it in 2011. It was a prototype named Picaboo and within just one year, the app now renamed Snapchat had reached 1 million daily active users.

Facebook and Google offered Evan and his co-founders $3 billion and $30 billion respectively to buy Snapchat. Both offers were turned down. Snapchat is now valued at $32 billion.

In 2019, Snapchat had almost 300 million monthly active users and generated $1.7 billion in revenue.

A pioneer of augmented reality, Snapchat brought the technology to the mainstream via its filters.

In 2018, the company launched Snapchat Originals featuring original video content shot for Snapchat specifically by established names such as NBCUniversal, the BBC, ABC and Metro-Goldwyn-Mayer. For 2019, Buzzfeed was announced as one of the app’s contributors. Seeing that one of the Snapchat Originals series, Endless Summer counted 28 million viewers over its first series, it looks like this type of offering was a good business decision. 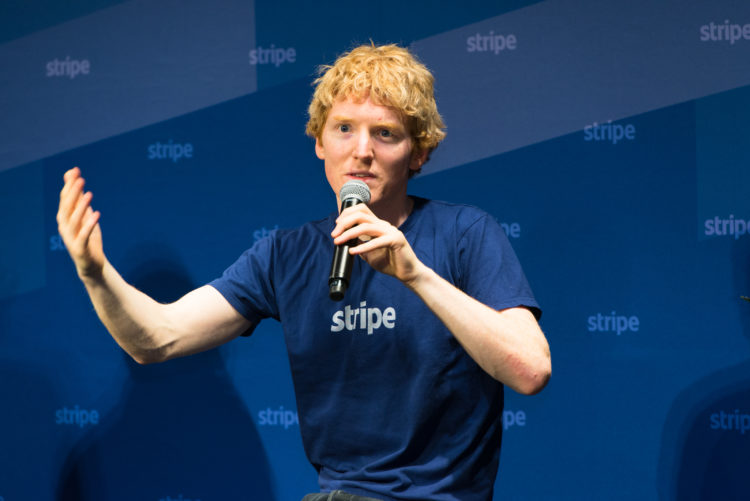 Stripe is a technology company that builds economic infrastructure for the internet. Businesses of every size use the company’s software to accept payments and manage their businesses online. The company’s mission is to increase the GDP of the internet.

Millions of companies in over 120 countries use Stripe to start, run, and scale their businesses. Some of the largest companies in the world are Stripe users such as Google, Amazon, Uber, Microsoft, Nasdaq, National Geographic, Facebook, Zoom and Salesforce.

More than 100,000 platforms are using Stripe Billing to manage subscriptions and invoices and 90% of US adults have bought from businesses using Stripe.

For businesses that launched on Stripe since the onset of the coronavirus in the US, Stripe will shortly have facilitated $1 billion in sales.

The company is also running an environmental program aiming to mitigate the threat of climate change. To this goal, Stripe announced this year its Negative Emissions Commitment by pledging at least $1 million per year to pay, at any price, for the direct removal of carbon dioxide from the atmosphere.

With $2 billion on its balance sheet, Stripe is valued at $36 billion. 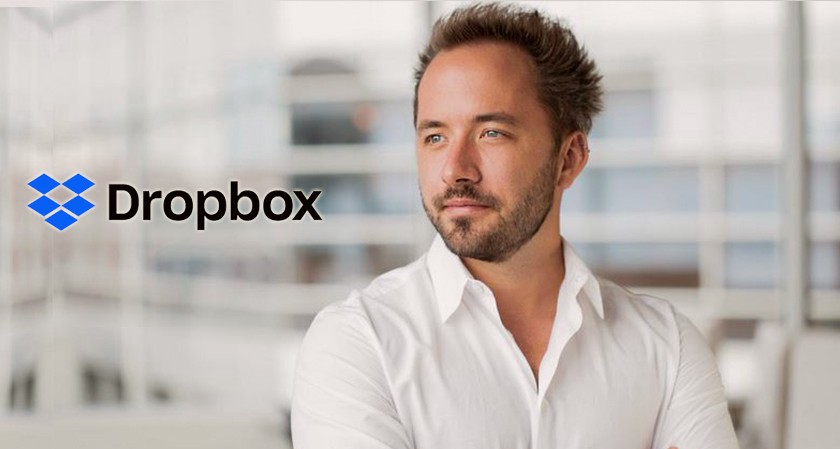 Drew Houston (37) co-founded Dropbox in 2007 while a student at MIT when he got fed up with the lack of seamless storage solutions for his files.

Although Dropbox began thirteen years ago as a file hosting service provider, today the platform defines itself as a smart workspace which limits the noise and complexity so users can focus on work that matters.

Dropbox brings together content, tools, people and conversations in a single digital environment.

Also, the platform uses Artificial Intelligence to suggest users which content they will need for a meeting or which content might be relevant to a document they are editing. Users are provided with a new way to work where they can stay focused and manage their team efficiently.

What type of work do Dropbox users accomplish with the platform’s tools? One example is filmmaking.

I was surprised to learn that Dropbox was an essential part of the process of shooting Motherless Brooklyn, the latest film of Oscar-nominated Edward Norton.

Dropbox also helped the creators of McMillions, the HBO documentary series, with organizing a massive amount of information that piled up over years of investigation.

And partnered with visual artist Solange, Beyonce’s sister to bring to life Bridge-s, her curated, programmed, and creative-directed series of performances, films, and artist talks.

The company’s business model is based on free, individual and business subscription plans. Dropbox offers two plans: for freelancers and solo workers and for business and teams of any size.